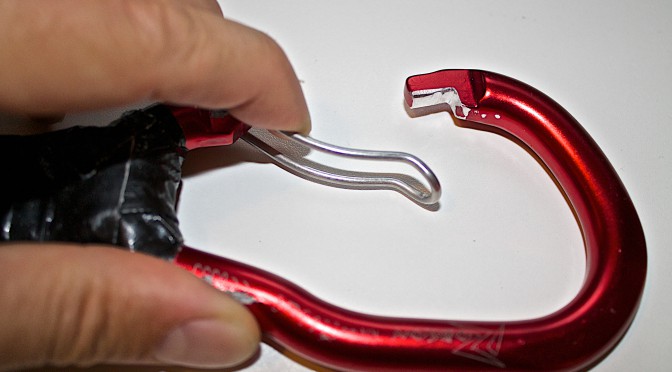 Sea kayakers use carabiners for various purposes. You might have one on your tow line, throw line or contact cord. Some carabiners come with a nasty tooth at the gate, which can cut or get stuck on the deckline  when releasing the carabiner.

If you have any type of carabiner which you are using on ropes, you can simply file down the tooth with a metal file. 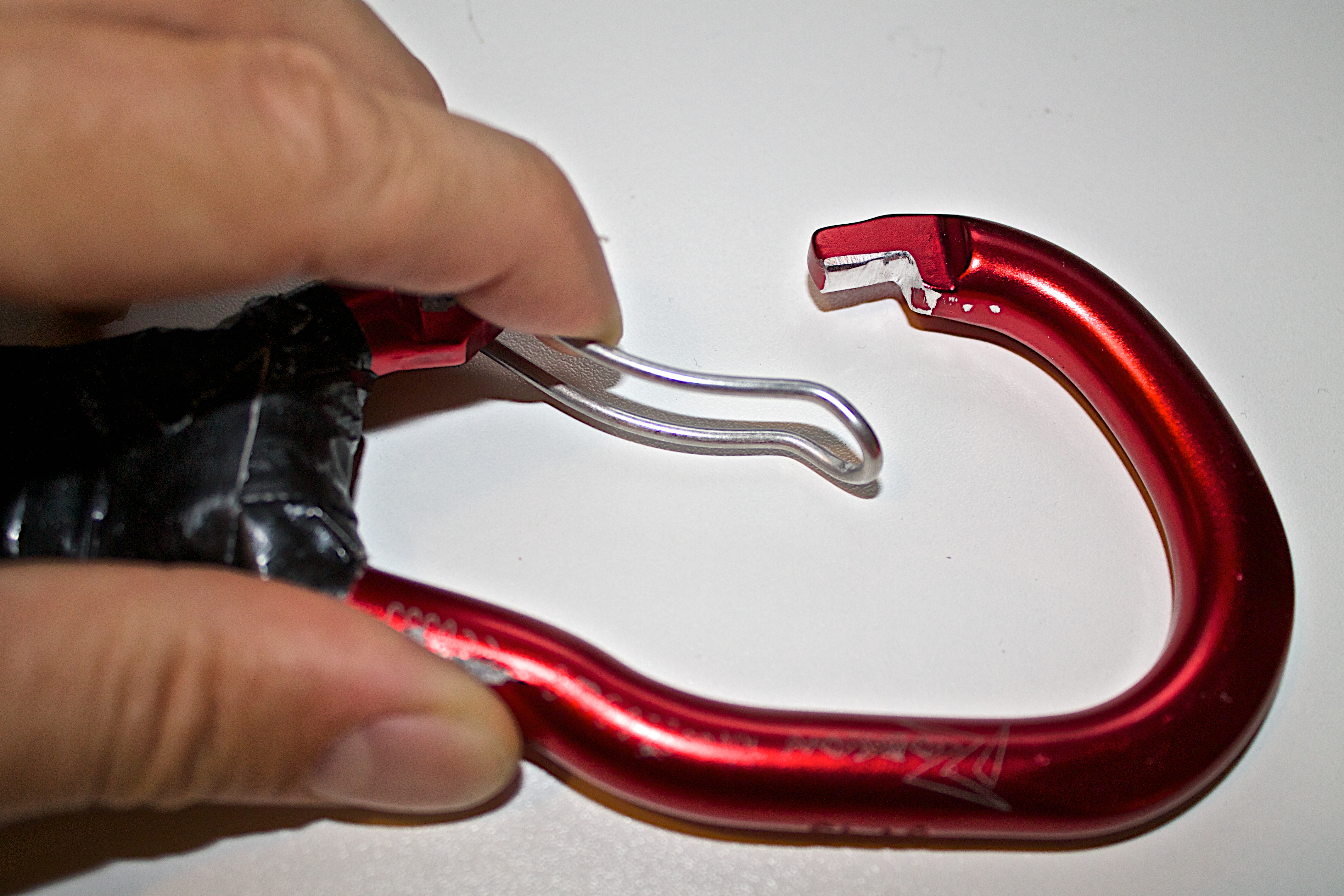 Not only will it be safer, it will be easier to release the carabiner from  the deckline.

Some claim filing down the tooth will weaken the carabiner strength.  On your carabiner there should be a kN (kilonewton) rating, which says something about the load the carabiner can take along the spine of the carabiner and on the spring itself.

This particular carabiner can take 22 kilonewtons (2,2 tons) along its spine, while 8 to 9 kilonewtons (815 to 917 kilos) across the gate. Filing down the tooth on the gate will probably weaken the carabiner, but is it likely to weaken it so that it becomes useless or dangerous for sea kayakers? Personally I do not think so, as you are likely to stress the spine of the carabiner in a towing situation.

One thought on “Carabiner modification”