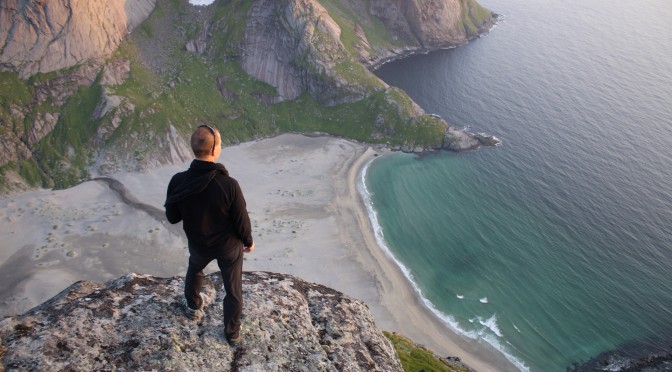 Here’s a short review of some great beaches on the west coast of Moskenes island in Lofoten.

The west coast of Moskenes island is remote and isolated with no roads. Access to these beaches is only through hiking, sea kayaking or boat.

All of these beaches used to have settlements before the inhabitants moved to more central areas in the 1950s.

Some of the beaches are huge and ancient. They have been around a long time and are surrounded by some of the oldest mountains on this planet. They are a bit harder to get to, but they are great to camp on and the midnight sun can create long lasting memories as it paints the sky and landscape orange. Watertemperature? Cold! 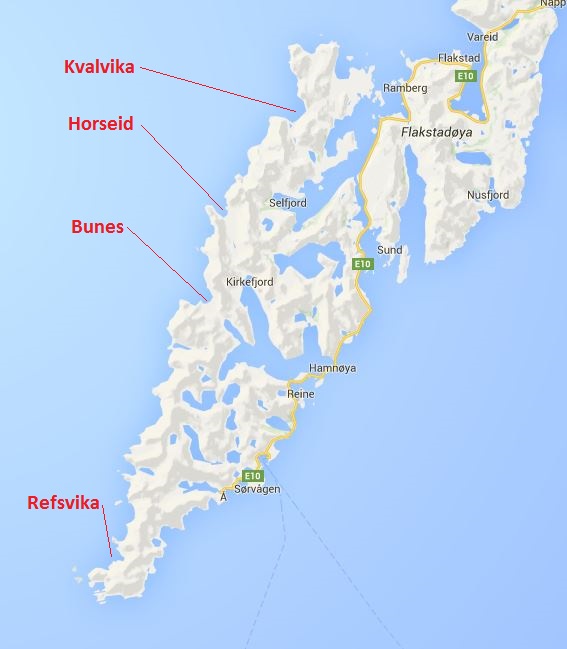 Accessible by ferry or sea kayak from Reine, Bunes beach is one of the more popular and accessible beaches. It has a fresh water source, toilet and plenty of campsites. Privacy is usually not a problem here as it’s such a huge beach. It’s also possible to hike up to nearby peaks, such as Helvetestinden.

Accessible by ferry from Reine and a following one hour hike. This beach is one of the least visited beaches. There is fresh water near the beach. Horseid beach is the largest beach.

Without doubt the most visited beach, This is mostly due to that it’s easily accessible by a short hike. Kvalvika has also recently received attention from the movie “North of the sun”.  There is a fresh water source on the beach. Excpect many visitors on this beach.

Only accessible by boat or sea kayak. A long and steep hike from Å is possible but only for the most dedicated hiker. The beach is small and surrounded by steep mountains. There is a cave nearby with 2-3000 year old paintings. There used to be a settlement here and you can see the remains.

One thought on “Remote beaches in Lofoten”